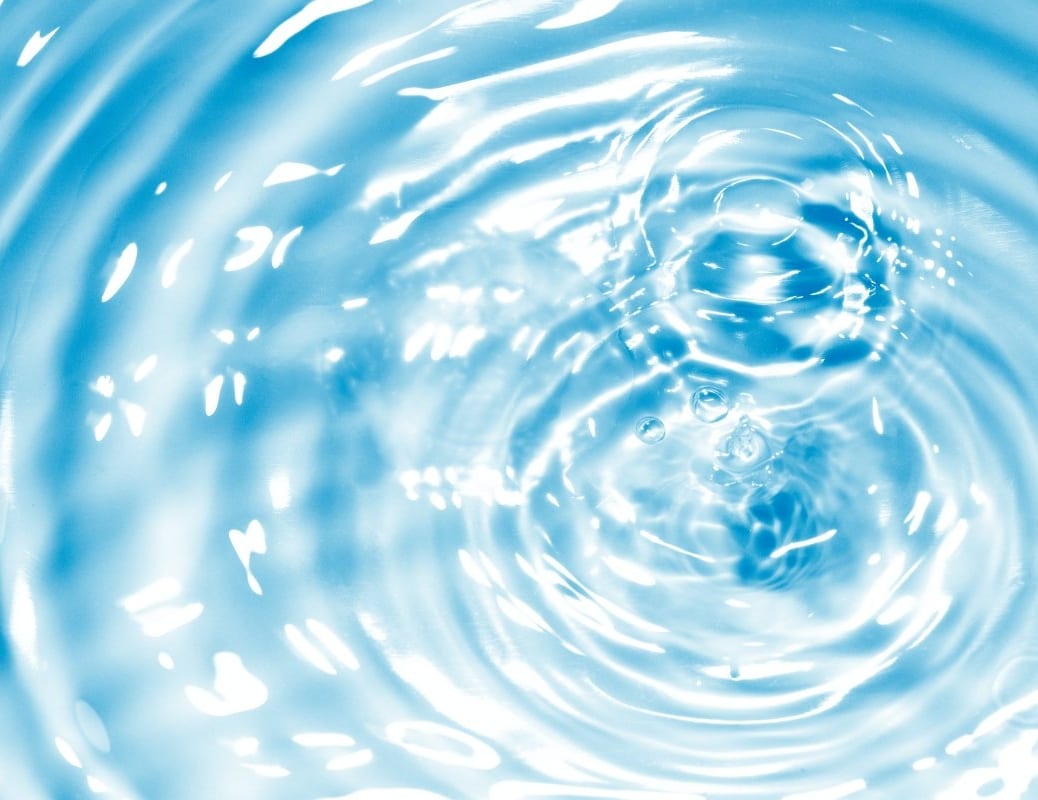 If it’s a normal day, you probably used some fresh water, generated some wastewater, and used some energy. Seems pretty harmless, right? The only thing is that there are almost 8 billion other people doing the same, which adds up to a system that is increasingly out of balance. Fast-paced population growth, rampant industrialization, increasing water contaminants, and climate change have all resulted in depleting freshwater sources globally. We have less available fresh water, more wastewater, and a greater need for energy. These pressing environmental issues are being faced by industrialized and developing countries alike. The extent of damage to the earth’s natural balance has been alarmingly evident and continuing modernization is expected to aggravate the situation.

The good news is that there are scientists and engineers working on solutions to address these challenges. In this article, we will cover four innovative wastewater treatment technologies under development that not only clean the wastewater but also harness energy from the treatment process itself, thereby addressing both the environmental water problems and the global energy crisis. These technologies are: Urban Sanitation Technology, Microbial Fuel Cells, Algae-based Wastewater Treatment, and Bioaugmentation.

Whether it’s sewage or garbage, waste is dirty, yucky, stinks, and it piles up and needs a place to go. It’s a problem for cities generating tons of garbage and wastewater every day. Fortunately, scientists are finding ways to turn that waste into something valuable: energy. This can be done with wastewater and organic matter solid waste.

With electroflocculation, flocculating metal ions are electrolytically added to the wastewater. Bubbles are then formed during the process. They capture the flocculated contaminants and bring them to the surface.

With anaerobic digestion, organic matter is broken down by microorganisms in the absence of oxygen.

How do these processes produce energy? First, using an electrocoagulation-flotation (ECF) reactor, organic pollutants are removed from municipal wastewater. During the process, sludge, which mainly consists of organic matter, is generated. The sediment sludge from the sedimentation vessel is subsequently fed to an anaerobic reactor, usually sealed, to convert the organic compound to biogas, an energy source consisting mainly of methane, carbon dioxide, and contaminant gases.

The biogas can be cleaned to reduce any non-methane elements. The generated biomethane can then be used as an alternative to traditional natural gas for combined electricity generation and heating applications in power plants.

Further purification, often called condition or upgrading, can be performed to remove the low-value components and contaminant gases to generate alternative transportation fuel and energy products.

One of the amazing things about Planet Earth is how all life forms work together to create an ecosystem that allows us all to survive. Even the smallest life forms, like micro-organisms, play a critical part. As scientists and engineers have discovered the powerful abilities of micro-organisms, they are putting them to work to help clean up the planet.

You know how our bodies convert food into energy? Our stomachs digest the food into smaller compounds which are then converted to energy. Well, like us, all creatures, from the largest to the smallest, have a similar mechanism to process their food.
Microorganisms also need a source of nutrients to grow. Carbon, nitrogen, and phosphorus are some of the elements they need to survive. Since wastewater contains various and complex types of these compounds, this is a potential nutrient source for microbes.

Microbial fuel cell (MFC) is one of the innovative wastewater technologies that utilizes microbes to break down these nutrients. The compounds in the wastewater are processed (oxidation) by the microbes in one of the chambers (anode) producing subatomic particles called electrons and protons. Electrons are transferred to the other chamber (cathode) through a conductive material and react with protons and oxygen to form water. Protons move through a membrane from the anodic to the cathodic chamber. In this process, energy can be harnessed and can be used to supply power.

MFC is an emerging technology for transforming chemical energy into electrical energy with the use of microorganisms. However, the industrial application of MFCs is yet to be realized due to the high material cost of wastewater. Still, MFC is a promising solution to wastewater management and energy crisis.

“Two heads are better than one.” We often hear this phrase which means two people working together have a better chance of solving a problem. You can also sometimes say that 1 + 1 = more than two. Did you know that this concept can also be translated to operations and processes?

Wastewater treatment and biofuel production can be operated together in such a way that they can achieve greater effects than operating them separately. The concept is called synergism and this potential is gaining interest within the scientific and engineering sector, nowadays.

Algae is a plant-like organism is that is proving to have a synergistic ability to generate energy while cleaning wastewater.

Microalgae for Biofuel: Microalgae are simple microscopic plant-like organisms that are photosynthetic. They are typically found in freshwater and marine systems. They are a promising energy source and can be used for biofuel production. In this process, microalgae are first grown in an open pond or a photobioreactor. Next, they are harvested by using techniques like filtration and centrifugation. Finally, a series of physical and chemical processes are employed to harness the biofuel from microalgae. A reliable, cost-effective, and extensive method of growing and harvesting microalgae remains to be the bottleneck in fully realizing the technology on an industrial scale.

Algae-based wastewater treatment: Algae-based wastewater treatment has been found to be cheaper than existing chemical and physical technologies while also being ecologically safer. Chemical treatments consume significant amounts of chemicals to remove contaminants, which make them costly. These treatments may also lead to secondary contamination thereby contributing to safe disposal problems.

Excessive amounts of nitrogen in the wastewater can cause the overgrowth of aquatic plants which in effect can clog water canals, block sunlight to deeper waters, and compete with other aquatic creatures for oxygen consumption. Algal treatment of wastewater removes nitrogen contaminants but retains useful nitrogen compounds in the biomass, unlike conventional nitrogen removal methods.

Like the MFCs, further developments of the technology are still needed before full-scale application.

In the last section we discussed the potential of using microbes in wastewater treatment. But did you know that these microbes can also be engineered in such a way they degrade specific contaminants? This is another new promising technology.

One conventional way of treating wastewater is by biodegradation of organic matter present in the activated sludge by naturally occurring microorganisms. However, the traditional method has limitations since not all priority pollutants are removed from the process.

To address the current limitation of the conventional method and enhance the treatment, researchers are now exploring a process called bioaugmentation, which is the addition of natural or engineered microbes that are capable of degrading specific pollutants.

The approach has been tested in some laboratory investigations and was found to be successful, but there are also reports that the microbe growth rate is low. It has also been a challenge to provide a sufficient amount of microbes relative to the amount of wastewater. These are the current challenges for scaling up the process.

Sustainable for the Future

Hopefully you’ve gained a new appreciation for all the work required to take our society’s wastewater and not let it go to waste, but to convert it into energy or even back into fresh, usable water. So, when you pause to reflect on the things you’re grateful for, remember to thank the scientists, engineers, microbes and algae that are working to help keep our water systems sustainable for the future! 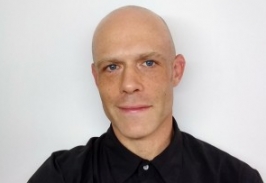 John Hamlin
IQS is a manufacturer's directory, with the goal of sourcing suppliers across the OEM market and the manufacturing industry. For more information, you can find suppliers and helpful guides, including information about wastewater management, by going to their website. 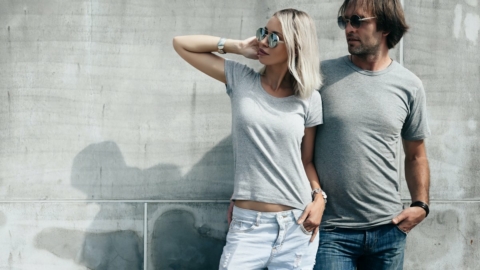 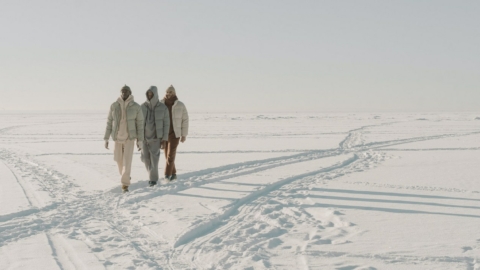 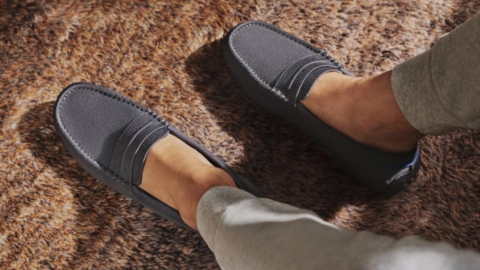 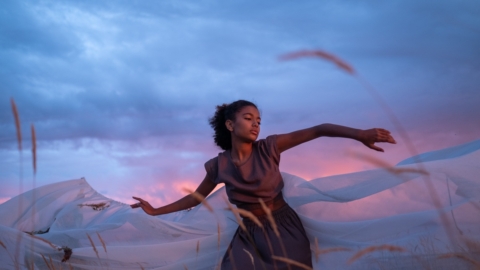